If you fall, I will catch you.

HO.LY MO.LY was this show a 3-hour and 45-minute beast. Homeland 24 is actually a three-part novel series written by Christie Chiles Twillie adapted for stage, produced by Music for Theatre Chicago. Christie describes the show as being set in a “dystopian, futuristic world of the American Territory” it’s “a story that pushes the bounds of “what if” and the consequences of decisions.” (Production photos at the end!)

35 characters and 28 actors to play them. Do you know how many names that is to learn?!? 59. That’s 59 names to learn for the cast and crew! (5 characters didn’t have names, and one character had two, if you were curious how I did my math.) Oh, plus the production team, add another 6 to that count. 65!

Did I ever mention this was just a play? No singing. Just spoken words and a little bit of dancing (more on that later). This is the first non-music based play I have done in over 15 years.

Did I ever mention this was just a play? No singing. Just spoken words and a little bit of dancing

Before we jump in, listen to the writer and director Christie Chiles Twillie discuss this original work:

In the world of Homeland 24, Outsiders are forbidden from speaking in the presence of Citizens. Which means we have our own sign language called Imlay. Christie created some of the signs, and then collectively the Outsider cast came up with the rest needed for our lines. I had three scenes where my dialogue was just signed! Going into rehearsals, I was most nervous about being able to remember all the combinations of movement. It was actually pretty cool. In the end, we spoke the lines as we signed them – the most challenging part was the fact that the signs didn’t match up word for word with the lines. For example, let’s take my line “Please, stop. I have to translate for him. He doesn’t understand the language.” The signs were “Please. Stop. I speak he. He no know.” While learning the signs, the second line was running through my head, but the first line was coming out of my mouth. Tricky, huh?

The most challenging part was the fact that the signs didn’t match up word for word with the lines.

Once we got to tech week and the full run, all of the actors were now in one room together full time. I think I finally learned everyone’s real names after opening night.

Alright, so then we finally arrived at opening night—Hooray!! Our first full run was on opening night—YIKES! But, we made it work. We had a small but mighty audience the first evening, and there was definitely an air of anxiety amongst the cast (“will we remember all of our lines?” “Will all of the cues work?” “What if I walk into the wrong scene!?”).

<tangent>No one teaches you how to improvise in opera school. Learn it. Know it. Do it. (Ok, I’m being a bit hyperbolic, but this is my blog, isn’t it?). Even though Homeland 24 is a scripted show, there’s still a level of improvisation needed, especially to keep scenes fresh across 9 shows.

We really love our improv in Chicago. I’ve learned much from working on various projects, but most of my improv training has come from the amazing folks at Forte Chicago. I am forever grateful for all the work I do with them, which prepares me to roll with the punches and say “yes, and…” to whatever comes my way in performance. </tangent>

All that to say – I most enjoyed the freedom to improvise and play within the scripted/blocked show. For example, I had a scene with Raymond Cleveland who played Baba. Nora comes into his office crying because of the crazy emotional rollercoaster Athe’ puts her through. I challenged myself to listen, really listen to Raymond and to myself, and to respond in an authentic way. I challenged myself to respond differently than I had before, which often changed the flow of the scene and kept it from becoming stale.

Times like these are really exciting, and definitely nerve wracking if you go into opening night without a full run. But, those are the times when you have to put all your trust in your castmates, let them know “If you fall, I will catch you*”, and hope they do the same for you.

Last show best show, as they say! We were one well-oiled machine of dystopia by the end of our run!

If you fall, I will catch you.

Ugh, I haven’t even started talking about the set, lighting, costume or sound design, and I’ve already blown past my word count. This was such a behemoth of a show, I’m just going to keep writing!

If you don’t know Piven Theatre, it’s a square stage with audience on two adjacent sides. Here’s a photo for you to see the set. Super cool, right? Tara Houston was the set designer. 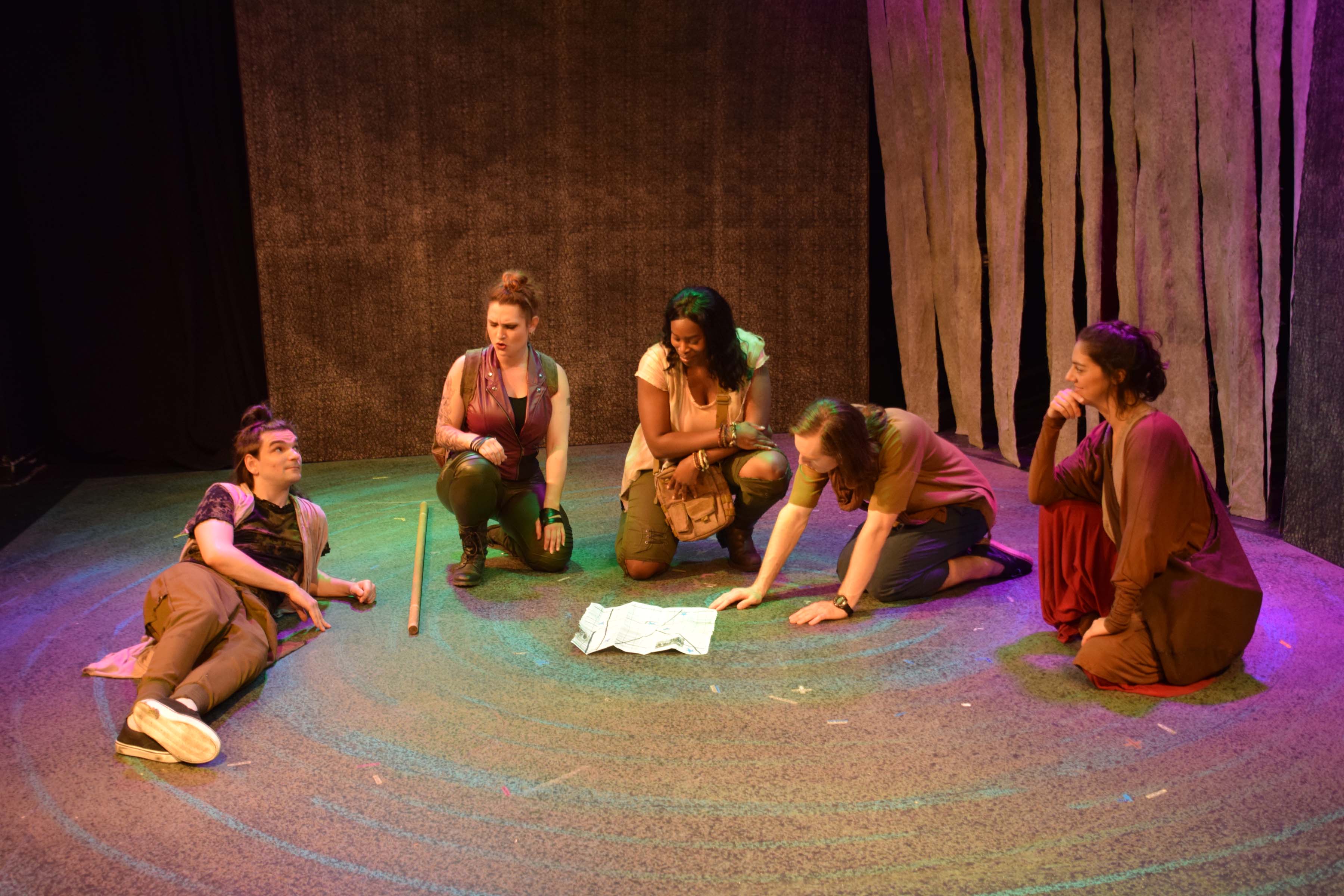 Then the lighting was stunning! Latrice Lovett did an incredible job lighting the stage and using the lights to elevate the story. Here are a few more photos. 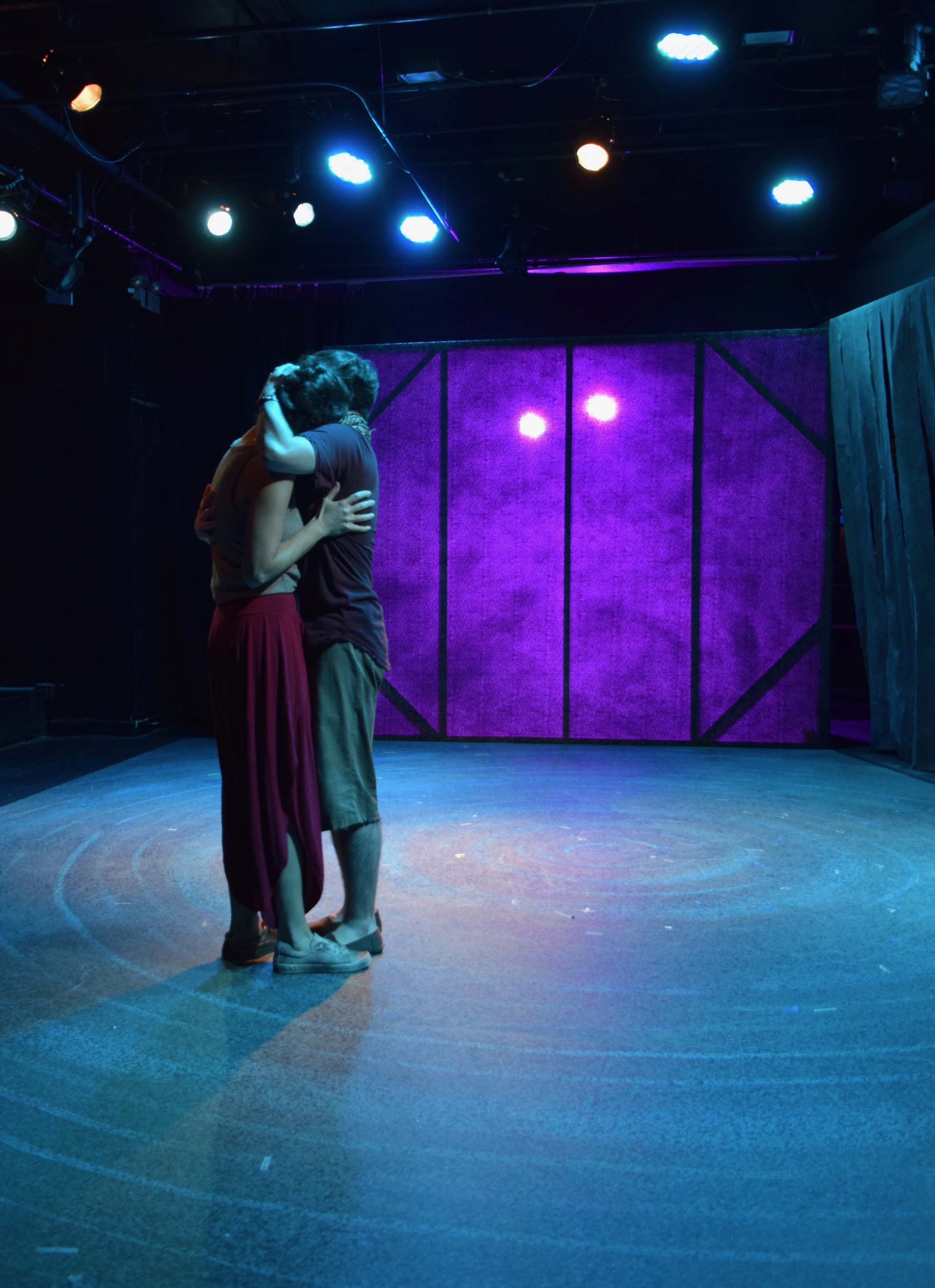 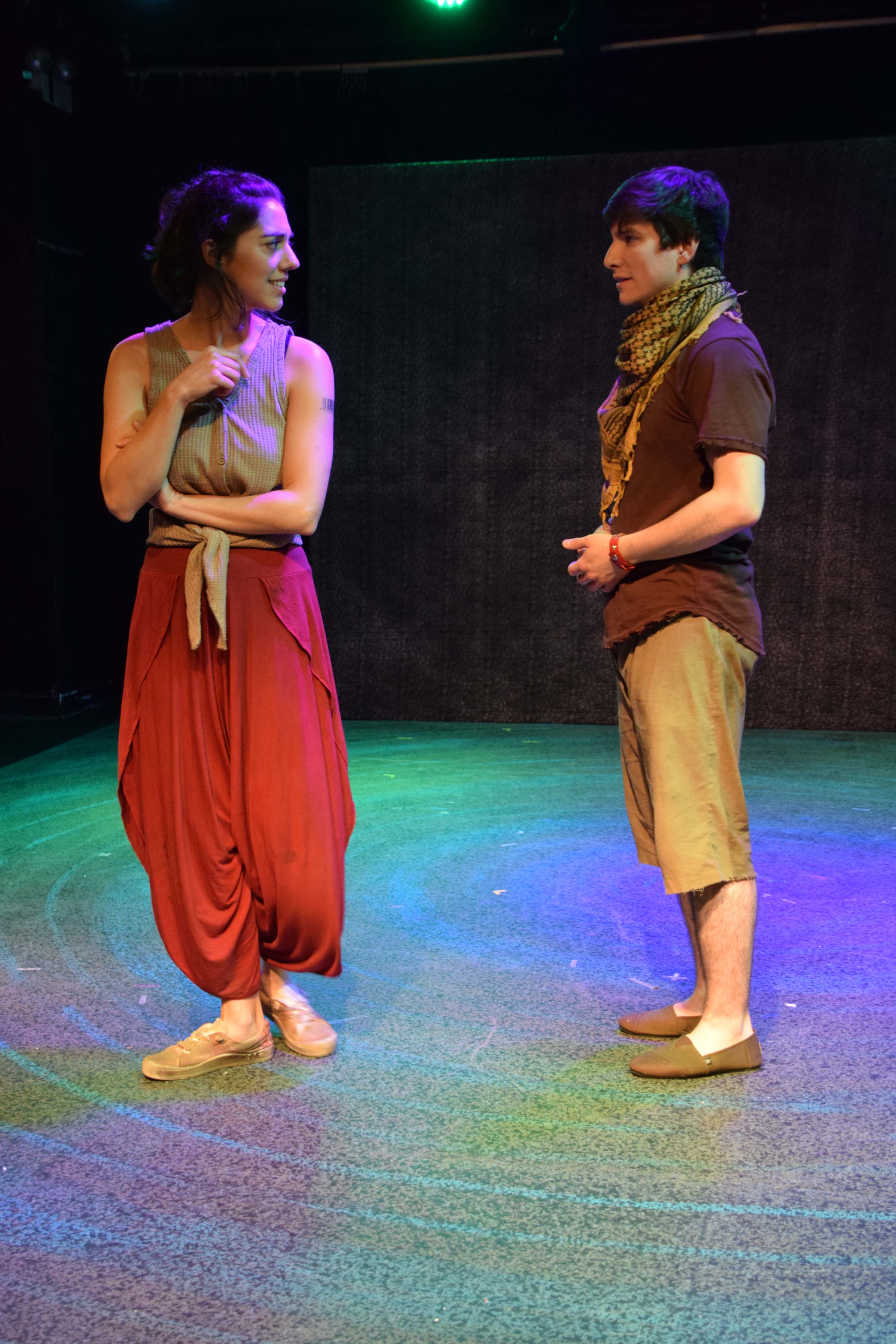 Oh! Did I mention that Christie also did the entire sound design for the show? There are no limits to this woman’s talents.

You get into this work for the people and the connections with the people. Ok, that’s at least a major reason why I did.

<tangent> Quick reminder, or if you didn’t know, I wasn’t originally studying music in school. I was studying biochemistry with the plan to run my own research lab. Then I saw myself working 90+ hours a week in a lab… alone or with just a few other people… and I realized that was not what I wanted. So, I changed course and haven’t looked back since. </tangent>

Back to the people, all 34 of them! There was such a diverse cast in terms of age, background, and demographic that it was always a delight to strike up a conversation with someone: learning about them, discussing their experience in the arts, just goofing off. To say thanks to all these extraordinary people, I made custom cards for everyone with my Cricut for opening night. Here’s a photos because I loved them so much! 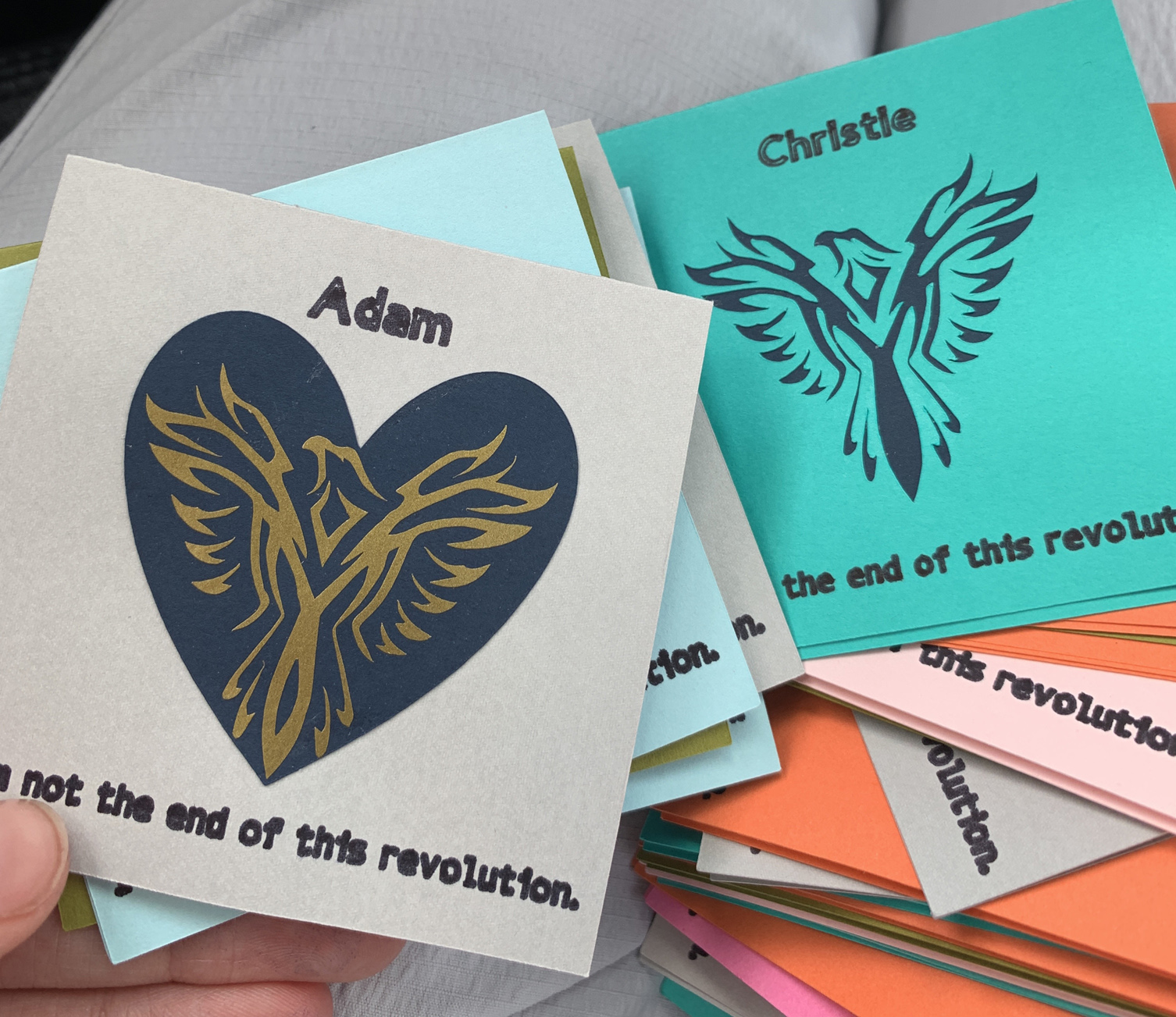 My scene partner for most of the show was Robert McDonough. The characters we played (Nora and Athe’) dance in the show. True confession: I’m not a real dancer—I just fake it pretty well! Robert is a real dancer, so you could say I was a bit intimidated. But, he was always so sweet and so supportive that it was such a pleasure working with him. The rest of our adult Outsider clan was made up of actors Alisa Goldberg, Carmeanna Eberly, Jacob Lill, Raymond Cleveland, and Jake Miser. Ashley Kammrath, J. Michael Wright, Rebecca Haubrich, and Rachel Johnson were adopted Outsiders. Our amazing Outsider children were Amanda, Jake, Sammie, Gus, and Natalie. These kids are going to be BIG stars—so much dedication and energy was brought to each and every scene. 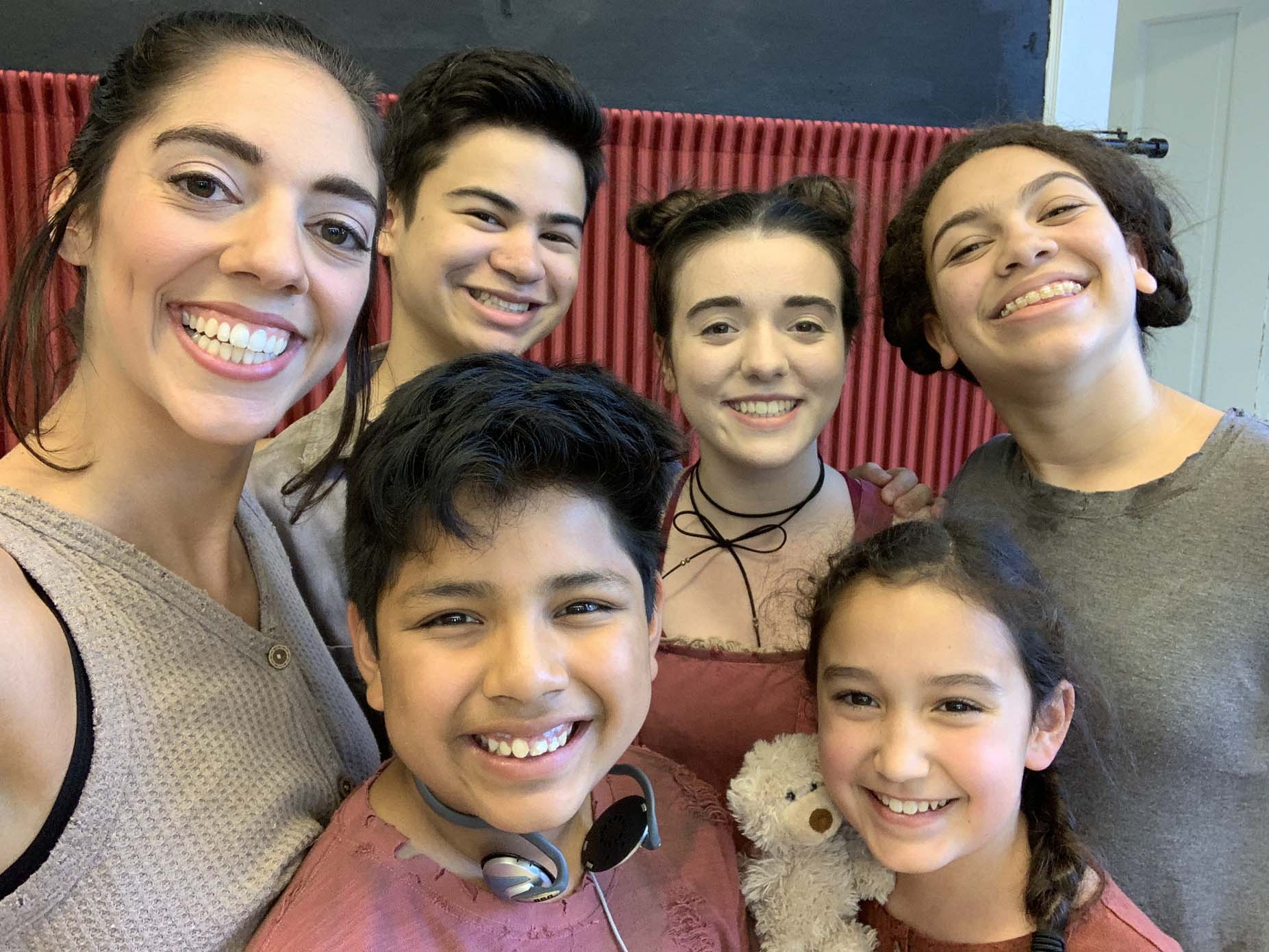 Our stunning stage manager, master of keeping it together, person of innumerable talents was Claire Taylor. Our wizard of prop land was Laura Hinz (seriously, y’all, she could track every prop for the show and didn’t need to write it down. Laura’s brain works in mysterious ways).

And because the show couldn’t have happened without you, a big thanks to all the rest of our cast Raymon Cunha, Nicholia Q. Aguirre, Cynthia Delafuente, Lucy Shea, Tim Vance, Adam Hoak, Matthew Leptich, Trace Gamache, Terry King, Matthew Schufrieder, and Jorge Bermudez. And lastly, thanks to Piven Theatre Workshop for hosting our little production.

*Oh, want to know where “If you fall, I will catch you” comes from? We had an intimacy coach (Sophia Seinsheimer) work with the cast and stage the moments of intimacy, which was AMAZING, and every show needs to hire an intimacy coach. During the workshop, we were partnered up, and before we started the exercise, she had us look at our partners and say, “If you fall, I will catch you.” Apparently she took that from stage combat training. But, it is beautiful and comforting, and it became a refrain during our rehearsals and show run. 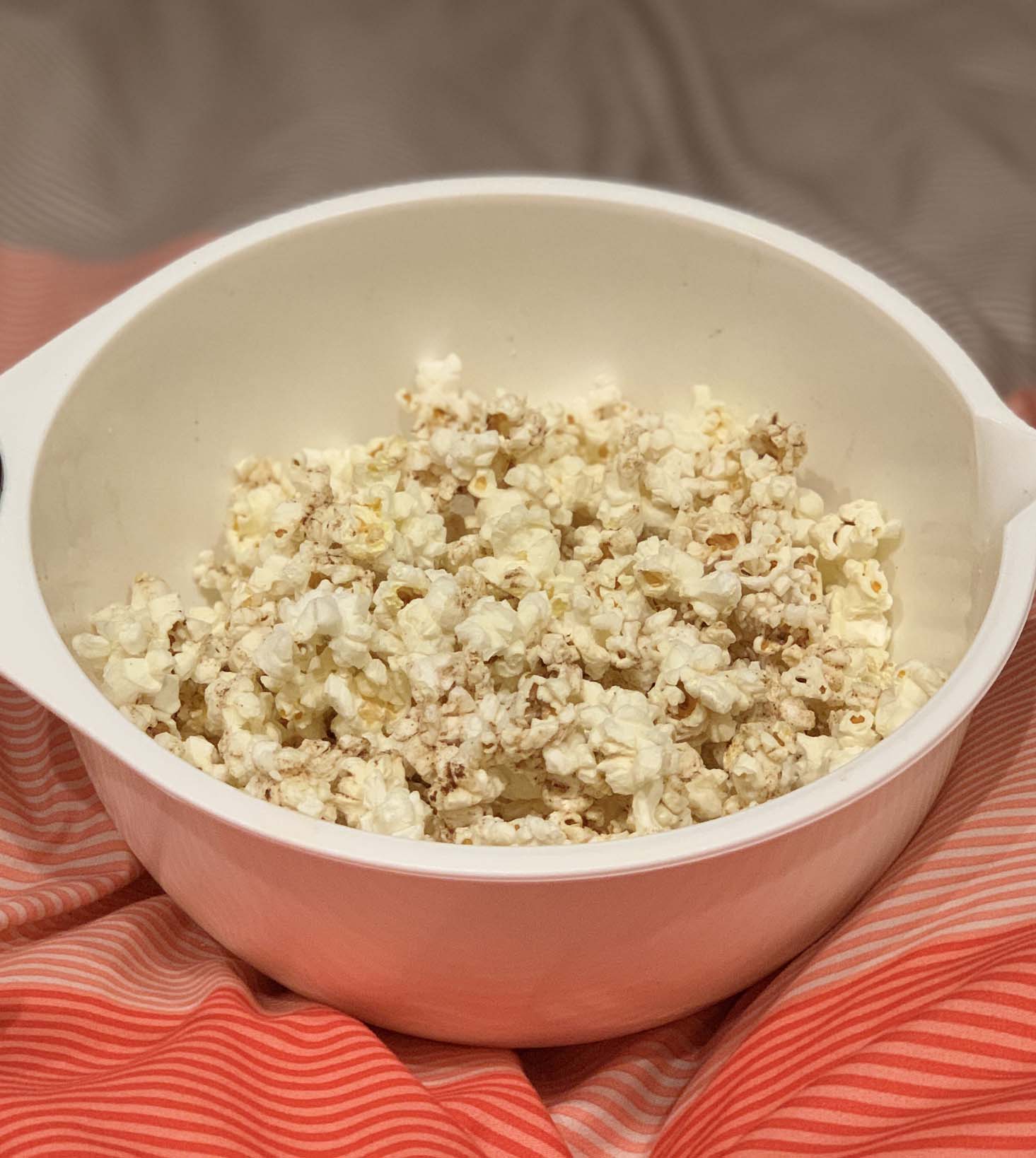 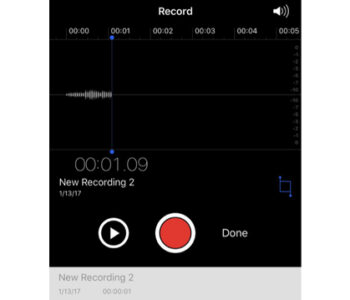 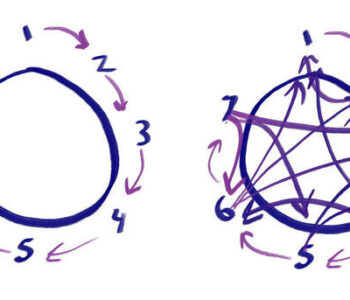 How Long Will This Take? 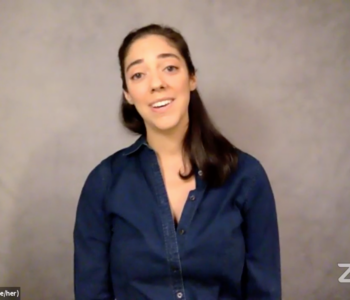 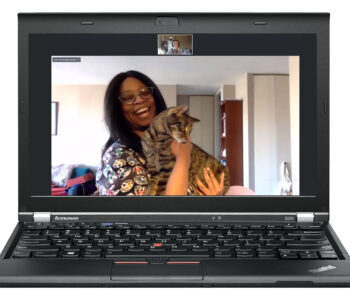 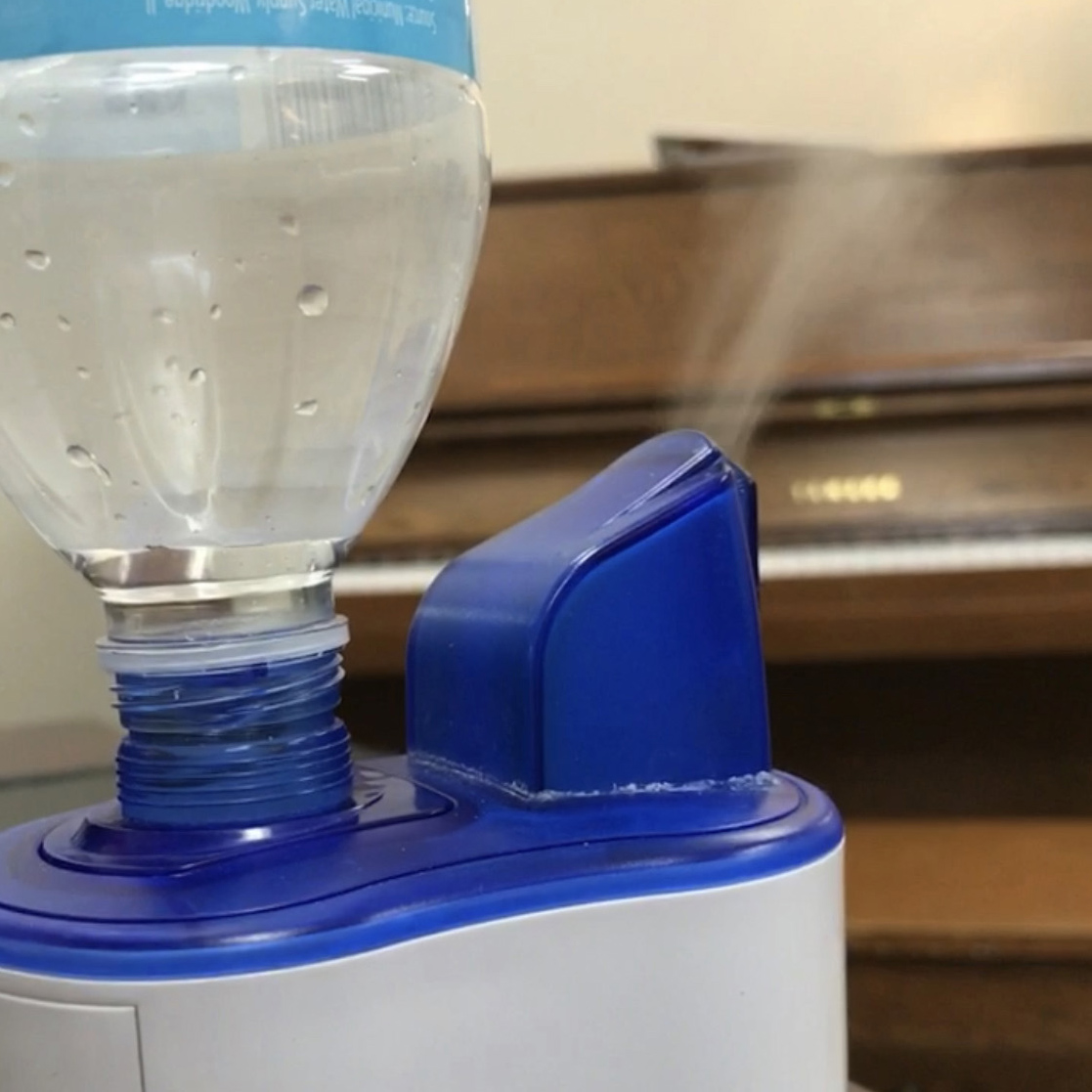 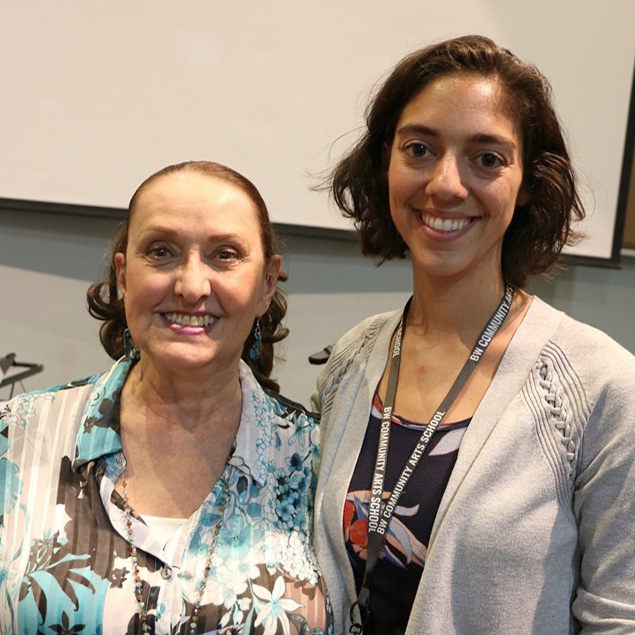 Wait for the Bus